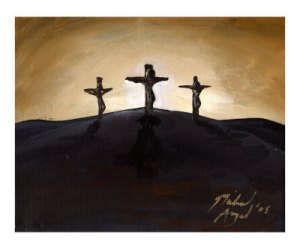 Every Tuesday passes pretty much the same. But today, it didn’t just pass. This Tuesday became the day I met Jesus. Really.

I was sitting at my desk…you know the one with the incessant ringing of the phone. And the ordinary happenings were happening all around me. People coming and going, bosses being bossy. Client’s being met and ushered to the inner sanctum where the clock ticker begins.

From my desk I have a view of the front walk and most of the parking lot. I noticed the Pepsi Cola truck pull in as it usually does on Tuesday, driven by a pretty cool dude named Larry.

Larry and I have short conversations where we cram as much “hey, how are you—how’s your family” every visit. I enjoy talking with Larry. I threatened him that if he ever quit driving, we’d start shopping at Sam’s for our cola’s! He’s the best driver we’ve ever had. Polite. Kind. Fast and efficient.

So you can imagine my surprise when in walks this “strange dude”. Complete with his Pepsi logo clothing and pushing the hand trucks with the order I had placed the previous day, he nodded a polite hello. This is not Larry (I said to myself), but not wanting to seem too hormonal and upset by this change of personnel, I exclaimed, “good afternoon!”

“Have you delivered before?” I said this on the off chance that he had delivered on a day that I was out, knowing almost without doubt he had not.

“No I haven’t, where do you want the drinks?”

“Straight into the kitchen please. Put them on the shelf in the closet in the corner. Thanks!” With the kitchen right next to my office (handy, huh), I said loud enough for him to hear me, “where is Larry?” I sure was hoping he wasn’t about to tell me that he had been laid off! I would most certainly call and complain!

Then he asked me from the closet, “did you understand what I said?”

I didn’t take a foreign language in school…and there are days, I can barely speak understandable English.

He came out and gave me the English version of what he had said. “Larry is very sick.”

Okay. That I can understand. At least he stayed home.

The Pepsi driver continued to chat about sickness and swine flu and problems in general and I was mostly listening and then he stood right in front of me, where I had full view of his name tag hanging from the lanyard around his neck. “Jesus”.

In Spanish, there’s an accent mark on the “u.” It’s pronounced “heh-SOOS”. But of course, you know me…I read Jesus. Not MY JESUS, but I read Jesus without thinking of the individual. Until his next statement came out.

“What is this world going to?”

Well the REAL JESUS knows what this world is coming to (notice he said “going” and I answered him with that reference). I almost “an end”…it’s coming to an end as we now know it. But I listened closely as he repeated his question. “What’s this world going to?”

I looked at him, with his name tag pronounced, “heh-SOOS” and solemnly stated, “well, some of us are going to heaven, and then some of us are not.” I waited for his response.

“Well, I do believe in heaven, but I believe that we are having to live our hell on earth. I see so many people with so many problems. So hard. Such bad things. I believe that is our hell.”

He had moved over to the door now, ready to make his exit. I was simply shocked into a stupor that here in the Bible Belt of the United States, standing in our office was someone that didn’t believe in a literal hell.

I said with all seriousness, “you are right, many people do endure hard things. We all have tests and trials to endure, but I promise you this is not our hell. There is a literal hell.”

He quickly changed the subject to sports and news as he opened the door to leave. I was still in such a shock that not one single Bible verse came to my mind! Not one! Not even Genesis 1:1 or John 3:16!

For crying out loud! I was so mad! (At myself)

As soon as he closed the door, I was struck with the thought, here was this Jesus (pronounced heh-SOOS) and he apparently knew nothing of the teachings of MY JESUS! My heart broke, my eyes filled. I also thought to myself, maybe as a slight consolation, a scripture didn’t come, because maybe it wasn’t necessary….. for this time.

But you can bet (not that I bet) I will be ready should this particular Pepsi dude walk through our office door again.

By the way, I found SEVERAL references —I’m listing only this one, but I really want some feed back. Share some of your stuff! What would you say to someone who does not believe in hell, but rather believe’s we are “living it” here on earth.

Mark 9:43-44 says, “If your hand causes you to sin, cut it off. It is better for you to enter into life maimed, rather than having two hands, to go to hell, into the fire that shall never be quenched– where ‘Their worm does not die And the fire is not quenched.’ “ NKJV The next few verses have the same reference hell and unquenchable fire.

Folks, I have such a desire in my heart to see changes in ME and those around me. I want more of God! I want to tell more—show more of Christ than ever before! It’s in my heart and it’s got to come out!

Come on. Tell me your thoughts… share some stuff—some WORD! 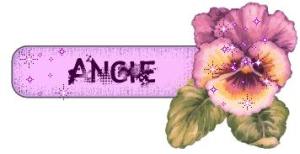 On a journey with purpose, with my best friend and love of my life! END_OF_DOCUMENT_TOKEN_TO_BE_REPLACED
This entry was posted on Tuesday, August 18th, 2009 at 7:20 pm and posted in Life, Trials. You can follow any responses to this entry through the RSS 2.0 feed.
« And the Winner is…..
What a TREMENDOUS JOY! »

10 responses to “Encounter with Jesus”