One morning a several years ago, as I drove to work, the fog was so thick….you’ve heard the term “thick as pea soup?”—this was thicker. But as I cautiously drove, these thoughts came pouring in my heart. And believe it or not– I grabbed a pen and wrote scribbled them down.

Faith in the Fog

When you can’t see where you’re going,

You don’t know what’s ahead,

You put your hands out to touch-

And suddenly you dread.

At first sight you wondered why,

And other questions pile right on.

and you never feel at home.

But You keep going.

With arms reaching out,

To what you know in your heart, there’s no room for doubt.

His heart He will reveal- maybe not today,

but rest assured you will see it- all along the way.

Jeremiah 29:12-13 Then you will call upon me and come and pray to me, and I will listen to you. You will seek me and find me when you seek me with all your heart.

Circumstances happen daily that test our faith. And as long as we are alive -it will continue to do so.

I’ve been in the “testing place” before. So have you. But if you haven’t yet– hang on child– the Teacher always has a test- and sometimes before all the material has been covered.

Sometimes it feels like a pop-quiz. And I’m totally unprepared.

But what I’ve learned is -He always supplies a Helper. 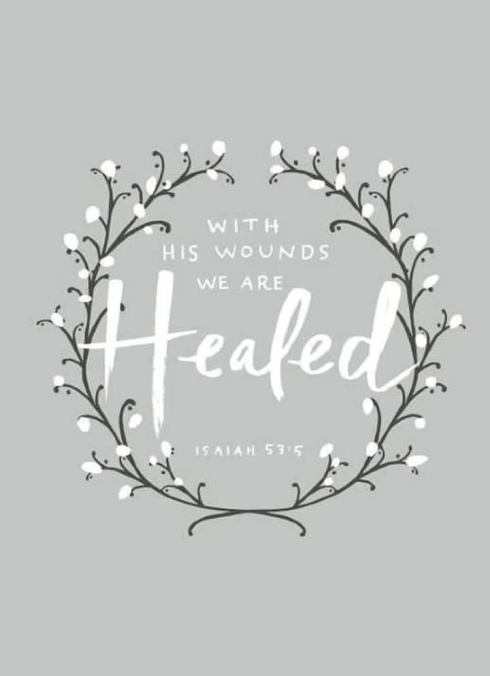 Yesterday marked a reason for celebration as I had my follow up yearly mammogram after having been diagnosed with triple negative breast cancer in August of 2016.

I’ve never loved the word “normal” as much as I did yesterday when it came through a text message from the hospital barely an hour later. I rapidly sent out the same message to my sweet Jeff and my girls. They rapidly replied with “praise God!”

This time three years ago, I had begun chemo and Jeff had cut my hair down shorter than his, because it began coming out in small clumps and I didn’t want to wake up one morning with half of it on my pillow.

When that diagnosis came it was unexpected. A fog around our lives seemed to kind of settle.

What we thought was God’s plan–seemed to be slipping a bit from our fingers. We thought.

We thought, as we were working on becoming debt free, that we could do what needed to be done – because of course God had set this in motion by planting this desire firmly in our hearts… so what could possibly go wrong– right?

At times like this– when WE think we know what we’re doing and it even seems doable— God shakes things up with a few impossibilities– I think, just to see if we will stay the course or abandon ship. When the impossibilities of the financial issues (SUPER THICK FOG) that arose with all this– it would look virtually IMPOSSIBLE. But again– God had a plan.

We thought — when we heard the news of “cancer” that the fog was too thick now to continue. But… we needed to only remember that the One who called us had HIS timeline that was different than ours….

We took our concerns to the LORD and He assured us the plan had not changed. We would follow His direction without hesitation.

Toward the end of my chemotherapy treatments– A new challenge presented itself. I realized my port would have to be flushed every few weeks.

I never realized how much I dreaded the tests and results until it was over yesterday and I felt like I had just had the vice grip released from my heart and mind. I felt free.

We STILL believe God is unfolding new things for us each day.

We still believe we walked in His perfect timing in leaving for the field one short week after the final radiation treatment. We may not understand why it all happened like it did– but we believe He planned it all and allowed the things that did because it would eventually work for our good and His glory. Somehow. This is firm in my heart.

This is the part that’s not foggy. This is clear.

Once again we are following His steps without knowing exactly what He’s doing. We feel an anticipation in the air and our hearts– and we know Focus Forward Ministries has some big dreams yet to dream… and we are willing and ready.

We are grateful for every prayer partner and supporter– please keep praying. Keep believing IN MORE.

I see the fog lifting…. 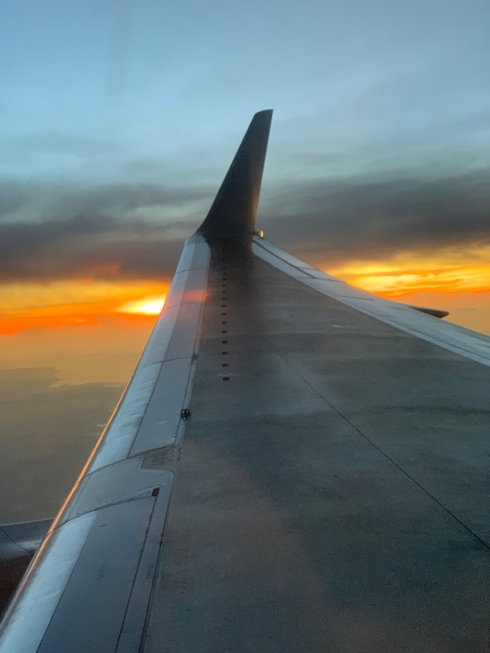 On a journey with purpose, with my best friend and love of my life! END_OF_DOCUMENT_TOKEN_TO_BE_REPLACED
This entry was posted on Saturday, September 21st, 2019 at 8:18 pm and posted in Missions. You can follow any responses to this entry through the RSS 2.0 feed.
« We are 5+2 (Loaves & Fish)
Long Time- No See »

3 responses to “A Continual Faith”