This may scare you half to death… 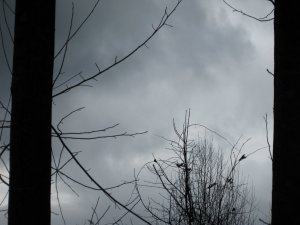 Okay…I don’t know if you’ve ever experienced this or not…and what I’m about to reveal may cause you to think I have a circuit shortwired or something.

I’ve been in a valley. Not the growing kind. The dead kind. The kind where not even cactus grows. It’s been hard. I’ve examined myself. I’ve searched my heart. I’ve looked high and low….and to no avail. Couldn’t find the problem.
Yesterday the problem was solved. The issue revealed. Peace restored.

Back to that in a moment.

This morning I read from my Oswald Chambers, “My Utmost For His Highest” devotional….today being March 26—the perfect words. (Happens FREQUENTLY)

Oswald writes, “If the spiritual bloom of our life with God is getting impaired in the tiniest degree, we must leave off everything and get it put right. Remember that vision depends on character–the pure in heart see God.”

Well, Jeff will tell you straight away—that’s where my problem began. I was thinking. I wasn’t depending. I didn’t call myself to “DO” the bloggers retreat. I would NEVER in my right mind take on such a daunting task. Like I don’t have tons of other things to occupy my mind and time….but the call came to my heart…and I was REMINDED that I said I’d be willing to do what He called. This was and is a huge test of my faith!

So here I sat…thinking of all the things that needed to be done. Completely forgetting that there were others that joined in the call. Sharing the joy and responsibility of decisions, etc. My mind became overwhelmed. My heart became heavy with the load! I began to feel myself inching my way to the “hole” conveniently located and dug by the enemy, his sneaky self.

As I was driving to work yesterday, I made a call to my oldest to check on the sick children. Virus-bug had invaded their spring break. I talked just a couple of minutes and then cut her off and said…”I’ve got to go. I’m on my way to work…and I have much praying to do this morning.” She understood. She knows her mom.

As soon as I hung up the phone I began. It was hard. The enemy had already began errecting a wall of gloom around my heart and I had to hammer it down with prayer. I started. The going tough. BUT the breakthrough came! About 10 minutes into the prayer God took HIS mighty hammer and slammed down the wall! Girl…don’t be scared by the rest of this….

As I was driving—praying…crying out to Abba Father—proclaiming His Son as LORD Of my life—staking my claim on the eternal HOPE—ASKING HIM to fill my vehicle with HIS SPIRIT…and flood my heart and life to overflowing with the Holy Ghost—I began to pray in that heavenly language—the burning and excitement began to build in my chest—and it began to spread to my hands…and I began to clap (yes, I was still driving), and I began to shout His glories! HIS PRAISES! PROCLAIM HIS VICTORY! THAT I can do ALL things THROUGH CHRIST JESUS WHO GIVES ME STRENGTH!!! IT is not my strength but it is HIS ALONE!

People I tell you the TRUTH—I told mother that afternoon about my victory —and the fact that I probably had already scared the other drivers because I was weeping…clapping…praying…and driving….I wanted to pull my truck off the road and SHOUT! I wanted to run around the car!!! With hands lifted!! (I can’t even type this fast enough!) The power of God is what I felt! THE POWER that HE willingly GIVES to each of us…OURS for the ASKING!

Why then—do we sit about—in the gloom…the desert places of our lives—accepting it as “just how it has to be”??? I ask you. Why? Because we are fooled into thinking THAT’s the way it has to be! FOOLED. TRICKED. BY THE ENEMY!

But the LORD Jesus wants us to have a CLOSE relationship with HIM! We don’t HAVE the HOLY SPIRIT flooding….because WE DON’T ASK!!! (Or that was my problem anyway)

People…I need the flood of the Holy Spirit! I need to see beyond the clouds that gather. I need to see the desert spring to life. I need HIM to open my eyes from the blindness that the enemy has pulled over me. I need to KNOW that when the red sea doesn’t part in my life…that HE IS ABOUT TO LET ME WALK ON THE WATER!!!

Trusting. Living. Having faith. BELIEVING GOD CAN USE THE WILLING.
Being filled to overflowing with HIS Holy Spirit!

Well…chew on this. I may have scared some of you so bad you’ll never visit my bloggity house again. Or–maybe not.

Christ is LORD of my life. There are things I NEED Him to reveal and do in my heart—so that I can become even CLOSER to HIM. First things first….water the desert. With the Word. Talk to HIM. Tell Him how it is with you. Don’t hold back.

I love you all! If I haven’t scared to too bad…I hope you will join us on our Bloggers Retreat! In October. Read about it here.

On a journey with purpose, with my best friend and love of my life! END_OF_DOCUMENT_TOKEN_TO_BE_REPLACED
This entry was posted on Thursday, March 26th, 2009 at 5:21 am and posted in Missions. You can follow any responses to this entry through the RSS 2.0 feed.
« Do You Smell That??
Max Kaulder Knight says… »

18 responses to “This may scare you half to death…”